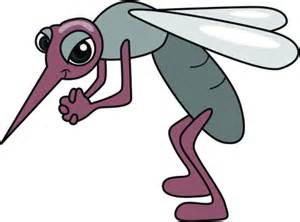 On Thursday July 30, 2015, reports had been made that two people from Ohio have been infected with the West Nile Virus. In past events the virus has been known to cause deaths and serious illness. The virus is primarily transmitted in mosquitoes but can also be found in other invertebrate animals. The virus was discovered in the West Nile District of Uganda in 1937 and was later introduced into New York City in 1999. Since then, it has spread through the United States but cases of infections have decreased.

The virus is most commonly transmitted by mosquito bites. The most common variation of the insect that carries the virus is called the Northern House Mosquito. This mosquito came to be know because they would feed on birds that were infected with the West Nile Virus. From the Extension FactSheet by the Veterinary Preventive Medicine at The Ohio State University, they discovered that sixty-four different species of mosquitoes are known to be in Ohio.“Ohioans should take reasonable precautions to avoid mosquito bites and eliminate potential mosquito breeding sites,” says ODH (Ohio Department of health) Medical Director Dr. Mary DiOrio. “Ohio’s first two human cases of West Nile virus in 2015 have been reported in a 34 year-old Cleveland-area man and a 77 year-old man living in the greater Cincinnati area, “the Ohio Department of Health announced. Both men have -became ill from the virus. The west Nile Virus is a disease that can cause encephalitis or meningitis which is an infection to the brain and the spinal cord.

“Ohio’s wet summer has caused standing water in many areas of Ohio, and mosquitoes breed and multiply in such water,” ODH Medical Director Dr. Mary DiOrio said. In 1999 the disease was discovered in Africa, Asia, and southern Europe. Over the past years, West Nile came to be found in the United States starting in New York. Based on the chart provided by The Extension FactSheet, at the start of 2002, Ohio was hit the hardest with the West Nile virus than any other state. The virus caused 441 cases and 31 deaths in 2002, since then cases of the virus has been decreasing. From the recent data from 2014, Ohio reported 11 human cases of The West Nile Virus.

You can prevent the virus by wearing insect repellents when going outside. Wearing long sleeves and layers could prevent a mosquito from biting you. Repairing and/or putting on a screen on your doors and windows could also prevent mosquitos to enter your home. There is no expected date as to when the West Nile Virus will be completely eradicated, although there are many ways to prevent the infection from a mosquito bite. Being aware of the virus and following steps to prevent the virus from spreading could maintain yours, and others vital health.