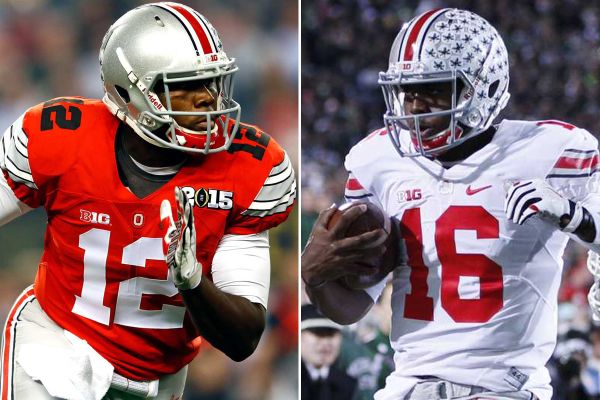 This Saturday the Ohio State buckeyes will play against Rutgers with J.T. Barrett as the starting quarterback. J.T. will start over Cardale Jones who has started all seven games so far this season. Head coach Urban Meyer said it was a “difficult decision” to make, but based on how Barrett played last week against Penn State, he had to make the switch at quarterback.

In last week’s win against Penn State, Jones started but only completed 9 passes out of 15 attempts. He passed for a meager 84 yards, and was then benched in the second half in favor of J.T. Barrett. Barrett played well as he ran for 102 yards, scored twice in the red zone, and threw two touchdown passes in the fourth quarter.

Saturday’s game will be the first game Barrett has started since last year against Michigan, where he suffered a season-ending ankle injury which opened up the door for Cardale Jones to take the starting position. The Bucks are hoping to get a spark at the quarterback position with J.T. starting. We’ll see Saturday if Urban Meyer made the right move as Ohio State hosts the much overlooked Rutgers Scarlet Knights. Rutgers holds a 3-3 record, with two of those losses coming in very close games, which were ultimately decided in their 4th quarters. The Knights’ last loss came against a 7th ranked Michigan State team, who are currently tied for first place in the Big Ten Eastern Conference.