E-cigs and Vaporizers Winning Over the Minds of Young People 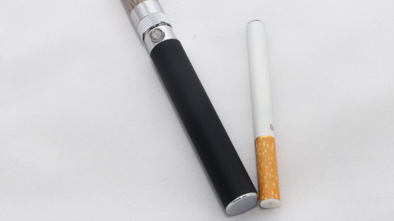 Vapes and e-cigs are quickly becoming increasingly popular among young adults and have been prevalent at our school. In fact, a Kilbourne graduate was caught vaping in the middle of a theater production put on in September of this year. These devices look like pens and hold a small battery with a button on the side, when you press the button it heats up a coil that vaporizes a flavored liquid you put into it that is composed of vegetable glycerol, propylene glycol and other various chemicals.  They can be seen everywhere; some use them to stop smoking, but according to studies, people mostly use them in non-smoking areas and they are becoming a gateway to smoking cigarettes.

Vapes do not seem to have all the risks that cigarettes do, although they aren’t regulated and are hard to tax so basically anyone could get one as long as they have a credit card, this seems to be a problem concerning young people purchasing and using tobacco products. It’s difficult to keep health statistics on them because they are not regulated, but according to the  National institute on drug abuse “Use of e-cigarettes in the past 30 days was reported by 8.7 percent of 8th graders, 16.2 percent of 10th graders, and 17.1 percent of 12th graders, and only 14.2 percent of 12th graders view regular e-cigarette use as harmful. The nicotine in e-cigarettes is vaporized and inhaled (not smoked), but the health impact of e-cigarette use is not yet clear, nor do we know if e-cigarette use makes it more likely for people to use conventional cigarettes or other tobacco products.”  E-cigs have not been here long enough to know the health effects from using them and  whether they cause cancer. Should we stop using them until the truth is clear?