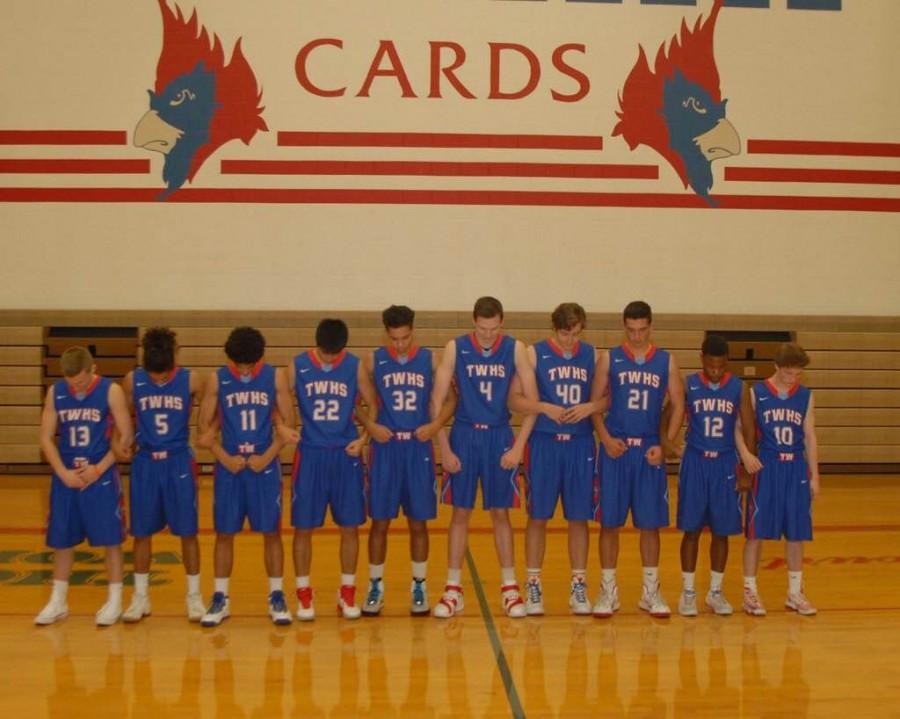 On Tuesday, December 1st on Bob Miller court, the Thomas Worthington men’s basketball team played their season opener against the Whetstone Braves.  The Cards rolled past the Braves by a score of 73-28.  Jaret Gerber, a senior PG paved the way for the Cardinals posting 21 points and 7 assists.  Junior forward Jimmy Rao scored 13 points, including the most impressive shot of the evening, as he banked in a shot from mid court as the first half came to a close. Every single player that was dressed for the game played at least 4 minutes, including sophomores Curran Gimeson and Troy Miller.  Gimeson and Miller also paced the JV team to an easy W over the JV Braves as well.

The Cards second game of the year will not be as easy for them as their season opener was.  They play the Upper Arlington Golden Bears on Friday, the 5th.  Last year the Bears finished with a record of 22-8, including two wins over the Cardinals.   In the game against the Braves the only varsity player for the Cardinals that didn’t play was Sophomore Jaedyn Carter, Carter is halfway done serving a two game suspension that was carried over from the end of last season.  While the younger Carter wasn’t missed in the Whetstone game, his absence will be much more noticeable against Upper Arlington.