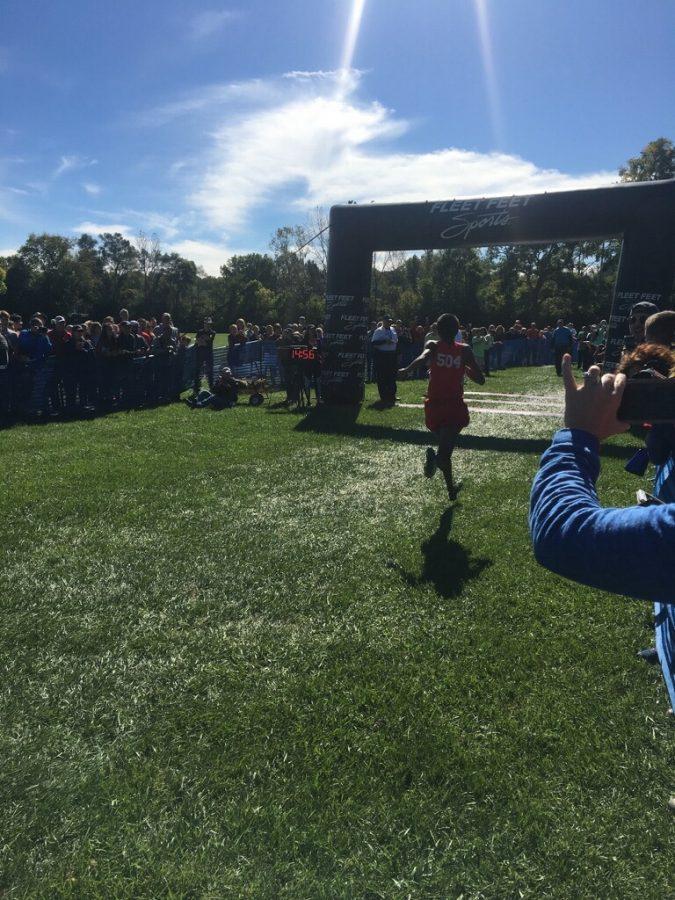 On Saturday, October 8th, the Thomas Worthington Cross Country Team hosted the Les Eisenhart Invitational, the school’s only home invitational of the season.  The invitation is named in honor of long-time Worthington track and cross country coach, Les Eisenhart.  From 1946 until 1979, his cross country teams won 24 league titles, 18 district championships, and 2 individual state meet champions.  In 1968, the cross country team won the state title.  In track and field, Eisenhart saw success with his the team winning 20 league titles, 7 district titles, and had 5 individual state meet champions.  In 1970, Eisenhart was inducted into the Ohio Hall of Fame for track and cross country.

This year, the day was kicked off at 8:00 AM with a 3K race for grades K-6, followed by ten more races, between both the middle school and high school levels.

The races were set to be fast ones, but their results exceeded expectations.  All eyes were focused on the top two runners in the state, with Hunter Moore of Olentangy Orange at #1, and Thomas Worthington’s Arjun Jha, at #2 going into the race.  It was neck and neck until the final 800 meters, when Jha managed to pull away, and edge Moore out with a school record of 14:56.  This effort from Jha and the rest of the Cardinal boys helped lead the team to a 1st place overall finish.

In the girls’ race, Hilliard Davidson’s, India Johnson, made breaking the course record look easy with a time of 17:14.  Meanwhile, Thomas Worthington’s, Gia Napoleon, earned a 5th place finish with an amazing time of 18:25.  All of the Thomas Worthington girls put forth an incredible effort, and ended with a 5th place overall finish.