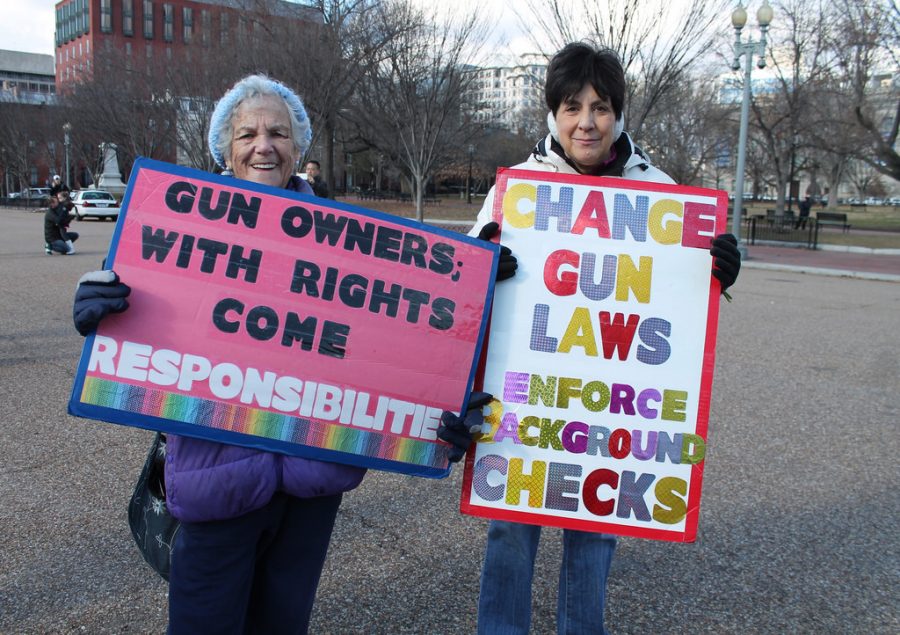 Two women protesting gun laws by stating how they feel towards them. Curtsy of Flickr

In 29 states it is required to have a permit to own a gun. Other states either say the government only has some discretion or there doesn’t need to be a permit at all according to NRA-ILA. Whereas only nine states give the government complete discretion.

California Is one of the nine states that gives the government complete discretion, but according to the GVA, California has had 39 shootings in 2017. Plus, in the area around Ohio there has been a total of 117 shootings and in Ohio you just need to be a law-abiding person and get a permit said the Buckeye Firearms Association. Before you obtain a permit you need to fit basic requirements. First,  you need to be 21 years old, You must be an Ohio resident for at least 45 days and, You must be a resident of your home county for at least 30 days.

I interviewed a fellow students father, Micheal Ralph, and asked about his take on gun laws, he said “Guns don’t kill people, stupid people kill people, that is my take. Also, I think any criminal should ever be able to own a gun.