Two new drugs are about to be sold for migraines. 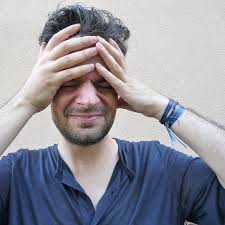 “In the U.S., more than 37 million people suffer from migraines. Some migraine studies estimate that 13 percent of adults in the U.S. population have migraines, and 2-3 million migraine sufferers are chronic.” said migraine.com

What is a migraine? It is a recurrent throbbing headache that typically affects one side of the head and is often accompanied by nausea and disturbed vision.  Some people believe that it is just a bad headache but it is much worse than that. Some people use over the counter medication to help with a migraine, but sometimes they don’t work. To help with that, professionals have come up with two drugs that tweak brain circuits. The new drugs give patients an option to take a medication that makes you feel tired or, an option that work like antidepressants. These new drugs dampen the pain by targeting the area of your brain associated with the feeling of physical pain.

These new drugs are called monoclonal antibodies. Monoclonal antibodies are  “lab-made proteins of the kind that our immune system deploys to target various substances in the body. In the case of migraine, these antibodies target CGRP (calcitonin gene-related peptide), a molecule known to play a role in migraines.” said sciencealert.com

Nearly half of the people that are on the drugs have had fewer migraines, but the drugs do not work on everyone. According to sciencedaily.com in some cases the drugs have caused small side effects and increased liver enzymes. Side effects  include allergic reactions and flu like symptoms.

“You have a kid next door making a lot of noise, you put in soundproofing and all of a sudden you’re quiet,That’s what the antibodies do. They prevent the noise from aggravating the system,” Stephen Silberstein for npr.org.