The Madness of March 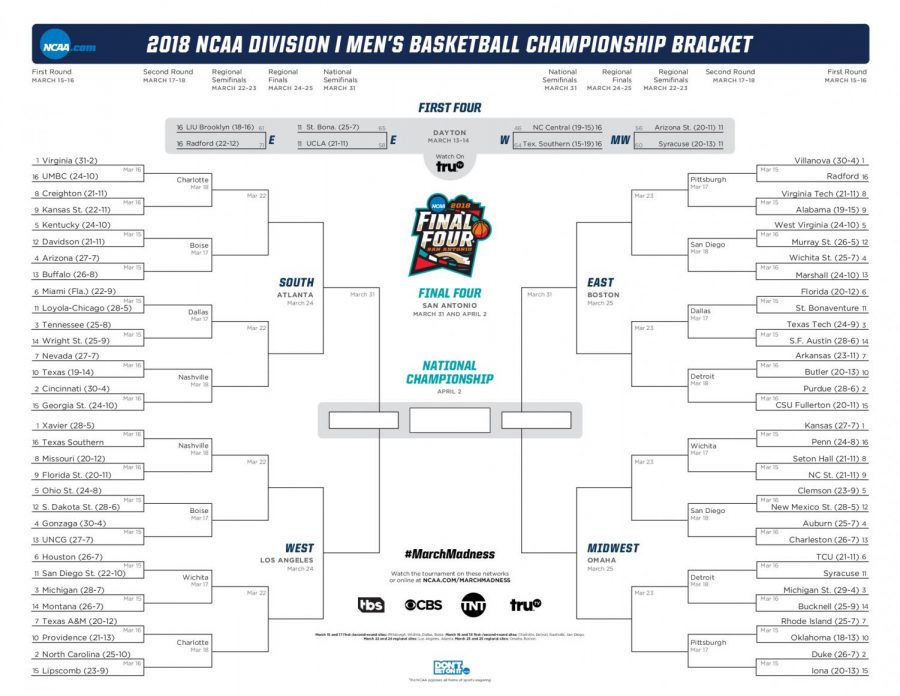 Here's what the bracket looks like that many people fill out for March Madness.

Every year the month of March is welcomed with millions of people printing off brackets, on various websites and selecting their picks for the NCAA March MadnessBasketball Tournament . Within each bracket the possibility of an upset is always a question and debate that has no clear cut answer until it is too late.

This year proved to be an even more dramatic season of upsets as every bracket submitted in the country was left imperfect after only the first round.“In another bracket-busting upset, Florida State (No. 9) defeated No. 1 Xavier in their Sunday night Round of 32 matchup. This year marks only the fourth time that two No. 1 seeds failed to advance to the Sweet 16 since the NCAA expanded the tourney in 1985 to 64 teams (from 53 the year prior,” wrote Variety ‘s, Todd Spangler.

According to the NCAA Bergen says that the chances of someone filling out perfect bracket is 1 in 9,223,373,036,854,775,808. That is one to 9 quintrillion chance..To put how large that number is into perspective, Bergen reports that if you were to begin filling out random brackets now and stacked each of the 9 quintillion pieces of paper on top of each other, the stack would reach all the way to the sun and back…over 3,000 times by the time you finished.