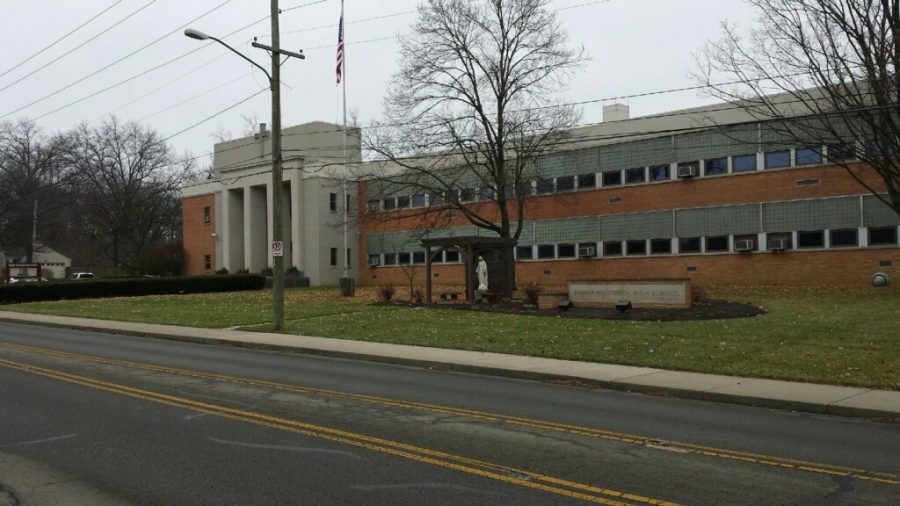 On October 12th, Bishop Watterson High School had its fall homecoming. What should have been a fun night for many young students who were dressed to impress, became one of shame, disappointment, and anger, all stemming from dress code standards.

A variety of female homecoming attendees were asked to “cover up” with extra-large t-shirts or sweatpants.

If they did not comply, they would not be allowed into the dance. One student, in particular, took to  Twitter in order to elaborate on the ordeal. Many other students agreed with her outrage as she explained that what happened was “morally wrong.”

“I know I go to a Catholic school, but turning away around half of the girls is not okay. We just want to dance, not be sexualized.” In the video, many pictures of the girls who were turned away were shown in oversized t-shirts posing in groups together. The Watterson student spoke over these images and explained the situation better.

According to a former Bishop Watterson student who wishes to remain anonymous, strict dress codes are nothing new.

“At Watterson, if we had one of our buttons unbuttoned on our polo shirts we would get fined $10. If a jumper was at all above knee length, you would get fined…”

Many students find it very unsettling and borderline body shaming to see young girls being forced to cover up. Despite being a Catholic, private school with guidelines, a point of interest lies in the fact that, while many dresses were similar, not everyone was referred for a dress code violation.

It stands out today when young girls are told that their bodies are distractions to others. Does this change just because a school is religious and private? Should students be fined for minor clothing mistakes and taken away from their education, or school activities? These are the questions that come to mind when we take a closer look at this situation and how negatively it hurt the young women involved. Many students who experienced this first-hand, and called it out publically do not want to disrespect anyone. They just want change.

“I am not saying the school didn’t have the right to do this because they did” Said the first student on Twitter. “I am saying that this is not morally right. I am making this video in hopes of change, and also to say that everyone looked beautiful (last night) regardless of if they were allowed in or not.”