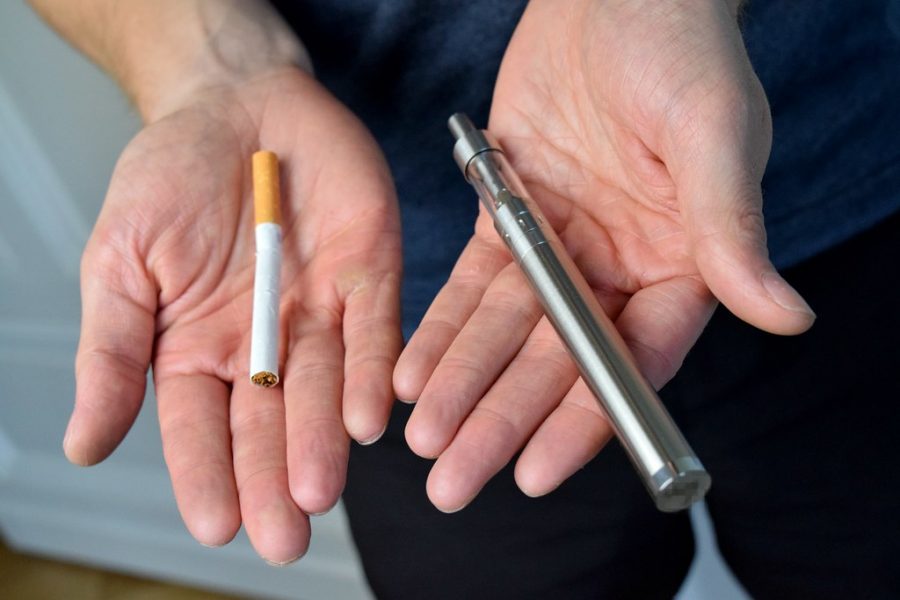 A vape pen is compared to a traditional cigarette

Across Ohio, the amount of students that are vaping has increased by more than 700 percent since 2016, according to an investigation done by WBNS-TV’s investigative unit. However, schools are using new programs to combat this growing issue.

WBNS investigators reached out to 600 schools in school districts across Ohio. Only 353 schools provided specific information, but it was enough information to reveal the dramatic increase in vaping incidents for students. From 773 incidents in 2016, there have been more than 6400 this year—a 732 percent increase in just two years.

Vaping has become a growing issue throughout Ohio schools, and even though students are caught and disciplined for their actions, it has done little to cease the problem. Now, schools are spending thousands of dollars for vape detectors as a way to fight the growing issue.

Hilliard Superintendent John Marschhausen announced that two new vape detectors will be placed in each of the three high schools in the district through a blog post back in September. “This work isn’t easy; not everyone is going to agree with the tactics or procedures,” he stated, “Nevertheless, we won’t stop trying, caring, and improving.”

Schools have also turned to different forms of discipline for students, but instead of punishment they are providing supportive and educational programs such as INDEPTH.

INDEPTH stands for Intervention for Nicotine Dependence: Education, Prevention, Tobacco and Health and works as an interactive program that provides an alternative to suspension. INDEPTH teaches students about nicotine reliance as well as healthy alternatives and how students can fight their addiction.

Superintendent Chris Neifer announced at a school board meeting on December 2nd that East Palestine High School and Middle School in Ohio will implement the INDEPTH program to tackle the issue as vaping incidences rise.

“We want to create some education around the topic,” Neifer said. “We hope to take a more proactive approach to that problem in East Palestine schools” (Morning Journal).