It’s a good year to be a Woman 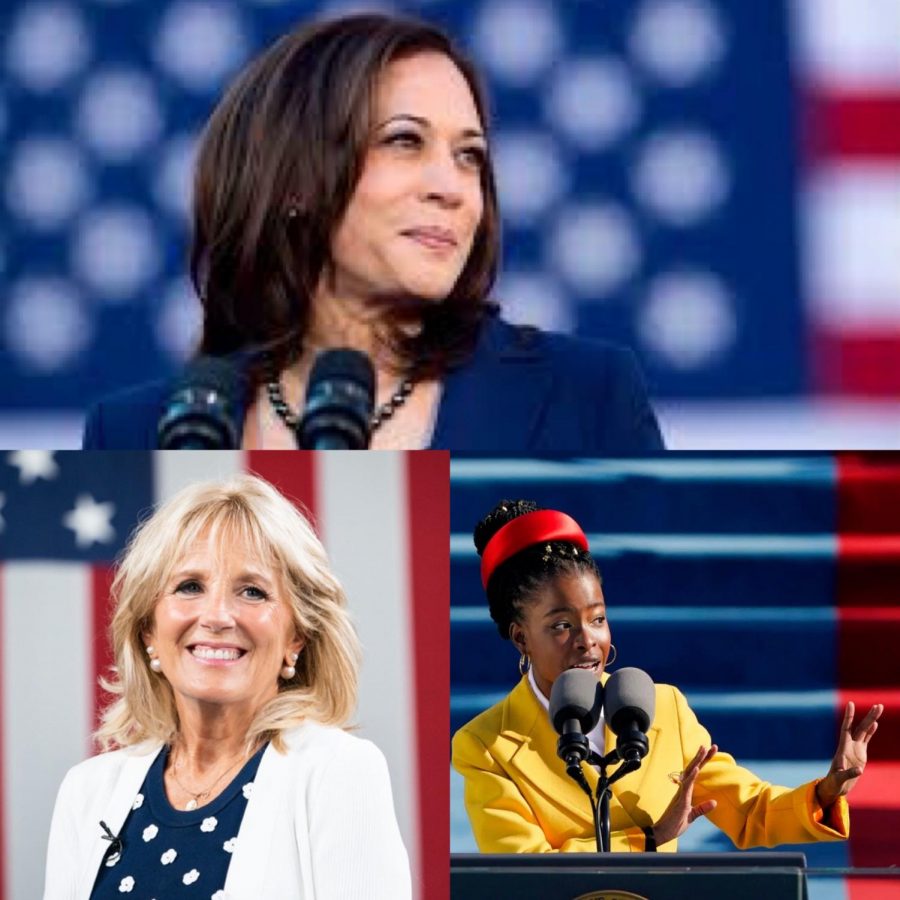 For everyone, especially for children, seeing successful strong figures who look similar to them is extremely important for their self-confidence. American women have always lacked that kind of representation and role models. American women of color lack representation even more. But, this year has gotten off to a strong and powerful feminist start. On January 20th, Kamala Harris, a Black and East Asian American woman, became the first person of color and female Vice President. During the Inauguration Amanda Gorman, the first youth poet Laureate, recited an amazing poem that left the country in awe. Stacey Abhrams worked tirelessly to register voters, especially those of color, in Georgia. She has been nominated for the Nobel Peace Prize for her incredible work. The new First Lady, Dr. Jill Biden, is the first First Lady to continue to work while in the White House. The great progress that the U.S. has seen in female representation this year is just the start of amazing progress being made across the world as women take on leadership roles.
One of the most remarkable feminist steps this year was the inauguration of the US’s first ever female Vice President, Kamala Harris. Not only is she a woman, but she is a woman of color. Her parents were both immigrants, her mother being an Indian immigrant, and her father being a Jamaican immigrant. She is an inspiration and model for women of all colors and backgrounds. “It’s empowering to see someone of similar background to me in such an important role in the US,” a sophomore from Thomas Worthington says. She says she feels this way even though she doesn’t plan on pursuing a political career. She finished off by saying, “now that they’ve seen a woman of color in office, they’ll be inspired to do something that can spark change in the US.”
Another incredibly empowering woman to be in the spotlight so far this year, is Amanda Gorman. Gorman is the first ever Youth Poet Laureate. She presented a jaw dropping poem at the Biden and Harris Inauguration. Gorman is a huge advocate for racial and gender oppression. “I’m so glad she was given the chance to speak especially because we are living in such racially divisive times,” a Junior at Thomas said. “Amanda is an insanely strong young woman and she’s said in a few interviews she’d like to run for president one day and I would love to see that happen.” She said she knows how much it means for little girls of color to see strong powerful women of color in positions of power.
For the past 230 years, the First Lady has been stereotyped and boxed into a role of charity work and taking care of the White House while their husbands work tirelessly to run the Country. But, our new First lady has refused to fit the stereotypes of her new role. Dr. Jill Biden has her doctorate of education and teaches English at a community college. She, unlike all of her predecessors, will not be quitting her job as a teacher, but will be keeping her position. “It gives me hope that education might be one of the main issues and places of changes with this administration,” an English teacher from Thomas Worthington says. “And it’s just so inspiring for all women, since she’s received multiple degrees and she’s actually pursuing them daily.” She also said she felt that even though women are the majority of the education field, they are often marginalized by their male counterparts.
For women, recent statistics and facts have made being a woman a sad reality. But, the women making moves in politics are improving the lives of women around the country every day, both by being an inspiration, and by being an advocate for women’s rights. These women and many more are making the future for young women much brighter. This year is not even a quarter way done and the strength and efforts of American women are breaking the glass ceiling.