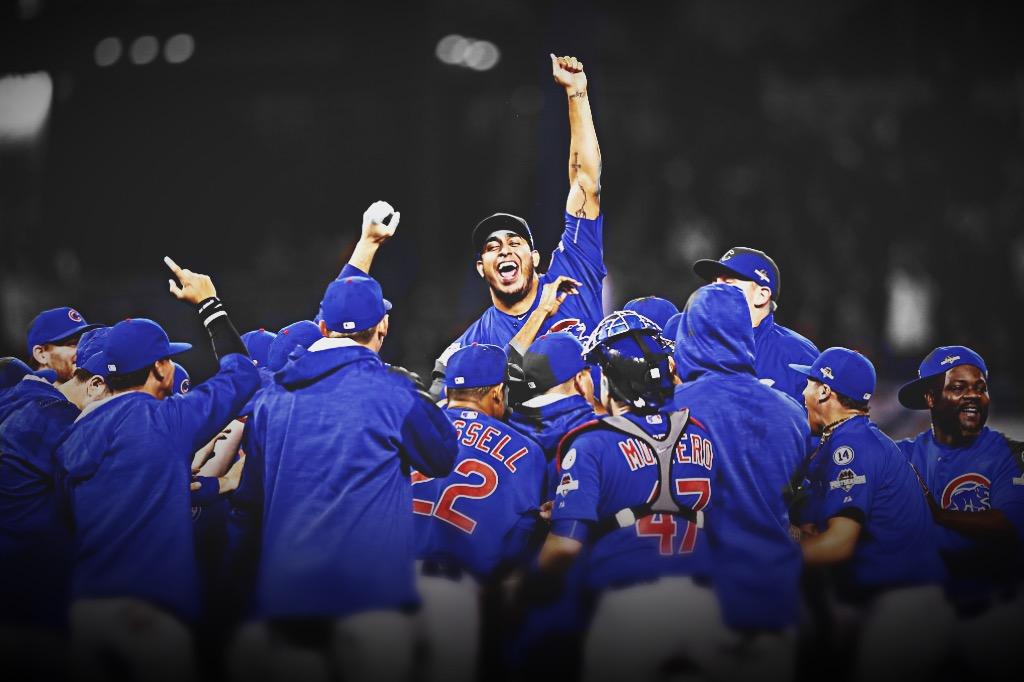 Cubs Win It All!

On Wednesday November 2nd, the Cubs took the Indians to a 10 inning game 7.  The Cubs won 8-7 giving them their first World Series since 1908.  The Indians now have their longest drought, recording back to 1948.

The Cleveland Indians had a 3-1 lead going into game 5 and had the final 2 games at their home field.  The Indians blew the 3-1 lead and are going to continue their 50+ year drought.  Cleveland now has a 3-1 curse on their baseball team because the Cav’s won on a blown 3-1 series by the Warriors.  The Indians look to eliminate the talk of 3-1 series blown lead over the course of the next few years.  The Indians having a couple key players injured during the World Series look to be another dominant team in the American League Central Division and make a run towards another World Series appearance.

The Cubs have been without a World Series since 1908, which was the longest drought in the major league. During the season the Cubs had the best regular season record in the league going 103-58.  The Indians also had a very strong record of 94-67.  Almost anyone would have said that the cubs were going to win the World Series.  The Cubs come back from the 3-1 series deficit will go down as one of the best world series of all time and game 7 was arguably the best game 7 in the history of sports.  Game 7 is one for the books and will be remembered by all Cubs fan for the rest of their lives.

Sports fans can only wish every World Series was like the Indians and Cubs.  It doesn’t get more exciting than game 7 going into extra innings.  Let’s hope that the 2017 World Series can live up to the high quality of play that was seen this year.

If you want a picture to show with your comment, go get a gravatar.