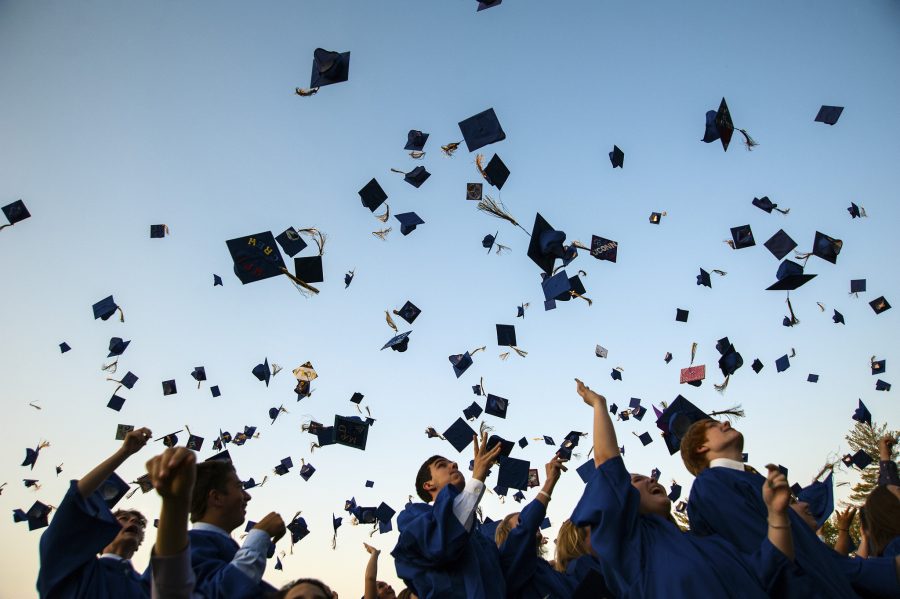 Data recorded in the 2014-2015 school year of high school graduates reached an all-time high of 83% across the U.S. President Barack Obama made remarks regarding high school graduation at Benjamin Banneker Academic High School in Washington, D.C. “We have made a lot of progress in terms of making sure that young people across the country get the kind of great education that you’re getting here at Banneker,” Obama said. High school graduation rates in the nation’s capital have grown faster than anywhere else in the country, from 53 percent to 69 percent.

The Washington Post presented a graph which showed different subgroups of students and their growing graduation rates from 2010-2011 to 2014-2015 school year. The most improvement was shown with English learners at 8.1%. The least was Asian/Pacific Islanders at 3.2%, but they are the most out of all the subgroups to graduate starting out at 87% in 2010 to 90.2% in 2015. The overall rate of students graduating is 4.2%.

“When I took office almost eight years ago, we knew that our education system was falling short,” Obama said. “In too many school districts, we still have too many schools that despite the heroic efforts of a lot of great teachers, are not fully preparing our kids for success because they don’t have the resources to do it or the structure to do it.” Low-income schools are predominately the targets of this issue but have had an overall improvement of 6.8% graduation rate.

Trends vary widely from state to state. Ohio’s graduation rate has been flat, while Georgia’s reported rate has risen more than 10 points, from 67 percent to 79 percent since 2010-2011. At the Banneker Academic High School, Obama addressed that despite the progress, there is much more work to be done. “Too many states have cut funds for education and have not been serious about raising standards and improving performance,” he said.

Experts say that high school graduation rates are an important measure of school success and academic progress, but they also say not to depend on them too much ; Requirements for graduation vary widely across states and can change over time.