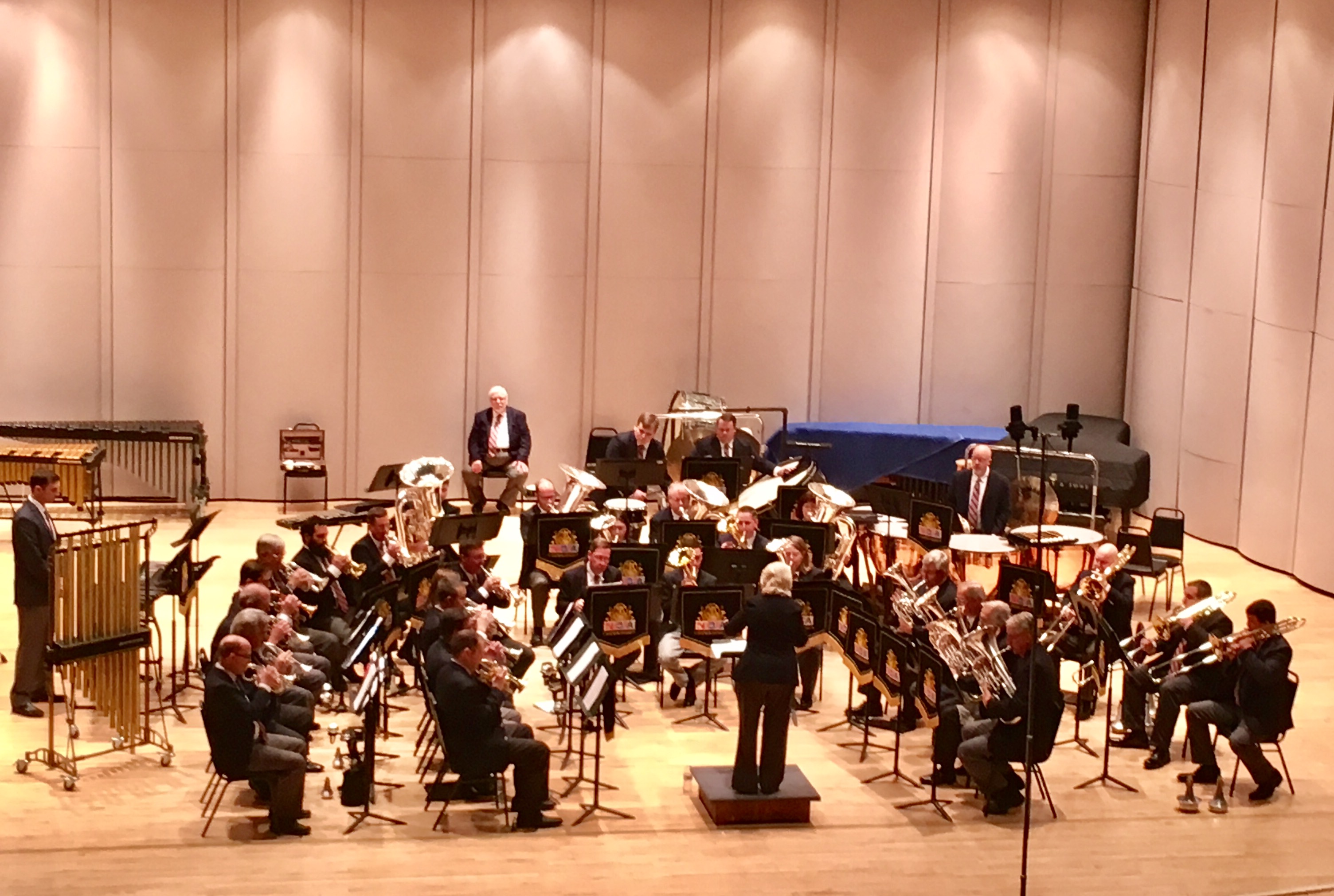 The Cincinnati Brass Band competes at the 2017 NABBA Championships.

The Cincinnati Brass Band competes at the 2017 NABBA Championships.

33 brass bands from all over the country, and even Canada, go to Fort Wayne, Indiana hoping to win the North American Brass Band Association (NABBA) National Championship. The NABBA Championship is an extremely tense competition that requires bands to play a test piece and a choice piece(s) that fill up the amount of time allowed. The bands are split into five levels : Championship, 1, 2, 3 and youth. Each level has a different test piece and a different amount of time to preform.

Bands that competed spent several hours every week practicing the music composed by Peter Graham. Along with several hours of practice as a collective band, most members spent even more  hours a week practicing individually. A member who was interviewed stated, ” We practiced 2 hours every week, but 4 during the weeks that led up to NABBA.” He also said, “I practice everyday for about 45 minutes.”

For the most part band members were happy with the way they competed. “It was okay, but not our best performance,” said one interviewee. The Conductor of the Cincinnati Brass Band, Anita Cocker Hunt, said, “I thought our band played very well. We had a few intonation and alignment problems, but we did well and I was very proud of them.” When Ms. Cocker Hunt was asked what she would’ve done differently when preparing for NABBA she said, “We probably wouldn’t have as many concerts as we did and use that time to rehearse.”