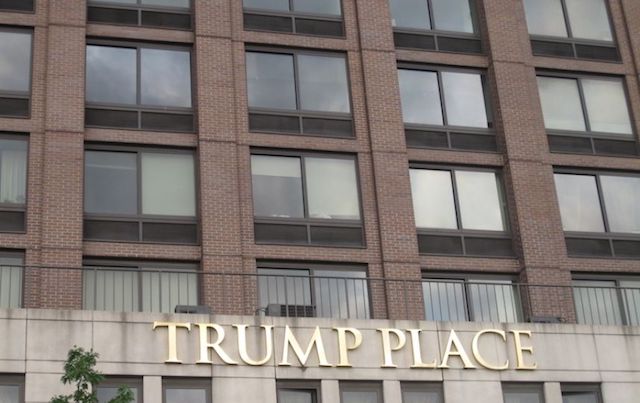 After Donald Trump’s victory in the 2016 presidential election, residents living in the Manhattan apartment buildings that formerly belonged to the new president began signing petitions to remove the Trump name from the buildings.

Donald Trump designed and built apartment buildings in East and West Manhattan in the 1990s.  Some of these buildings are now owned by Equity Residential but have kept the Trump name on their buildings.  While many residents are thrilled with the removal, some are not,  “Over my 20 years of living in a Trump branded building, I can personally attest that real estate values are consistently higher than any of my non-Trump neighbors because of Trump’s name,” says Todd Shapiro who owns multiple apartments in these buildings. “The name sticks out. Donald Trump knows marketing.”

Other residents of the buildings are thrilled to see the signs finally go down.  “It’s awesome,” said Greg Lane, a resident of one of these buildings “I am so happy to see the sign go down.” Another resident, Berenice Bensa said this was the first time since the election that she’d seen people smiling.

While removing the Trump signage from the buildings is a big step, other changes are coming too.  Residents Bob Ling and Matthew S. described the changes that they hope will be made.  “The floor in the lobby is very ugly”, “the carpet upstairs needs to be replaced, this will all look different in a few months” they said.  Matthew is on a committee to pick out the new carpet and fixtures, he said they are now in the process of “unTrumping” the whole place.

As these changes are made, many residents hope to distance themselves from politics and aim to remove themselves from the controversial election and the new president even as they live in a building formerly owned by Donald Trump.