Black History Month is a yearly celebration that starts February 1st and ends February 28th. This celebration is to focus on the achievements by African Americans and recognizing the role they play in our country. The holiday is celebrated not in just in the United States but in other countries as well. It’s celebrated in Canada, the U.K, Germany, and the Netherlands. Black History month began in 1915 after the 13th amendment abolished slavery.

At Thomas Worthington, the holiday is celebrated by a Black History Month show. Fafa Nutor, a student at Thomas, helps create the show. Students at Thomas have already started the process of producing the presentation. Nutor stated “We have selected those who will be involved already and are creating the skits for the show.” They will be having performances February 6th during school and after school! The purpose of this celebration is to inspire people of every race, gender, and age to take a stand against racism. Nutor believes, “It’s a time of reflection on the victories of the past and look towards a better future. It’s also a reminder that we should not just focus on black history for a month or a year but be proud to be black, like its black history month every day.”

Does celebrating Black History Month have a positive effect on racism? Nutor thinks that the celebration has a positive effect because “The show talks about issues in our country and state, but it’s also relatable to the audience on a personal level. I’ve had many people come up to me who said that they have learned so much from the show last year. This has helped people become more racially aware of the world.” 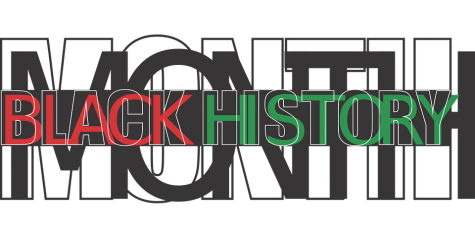 Come to the presentation on February 6th!