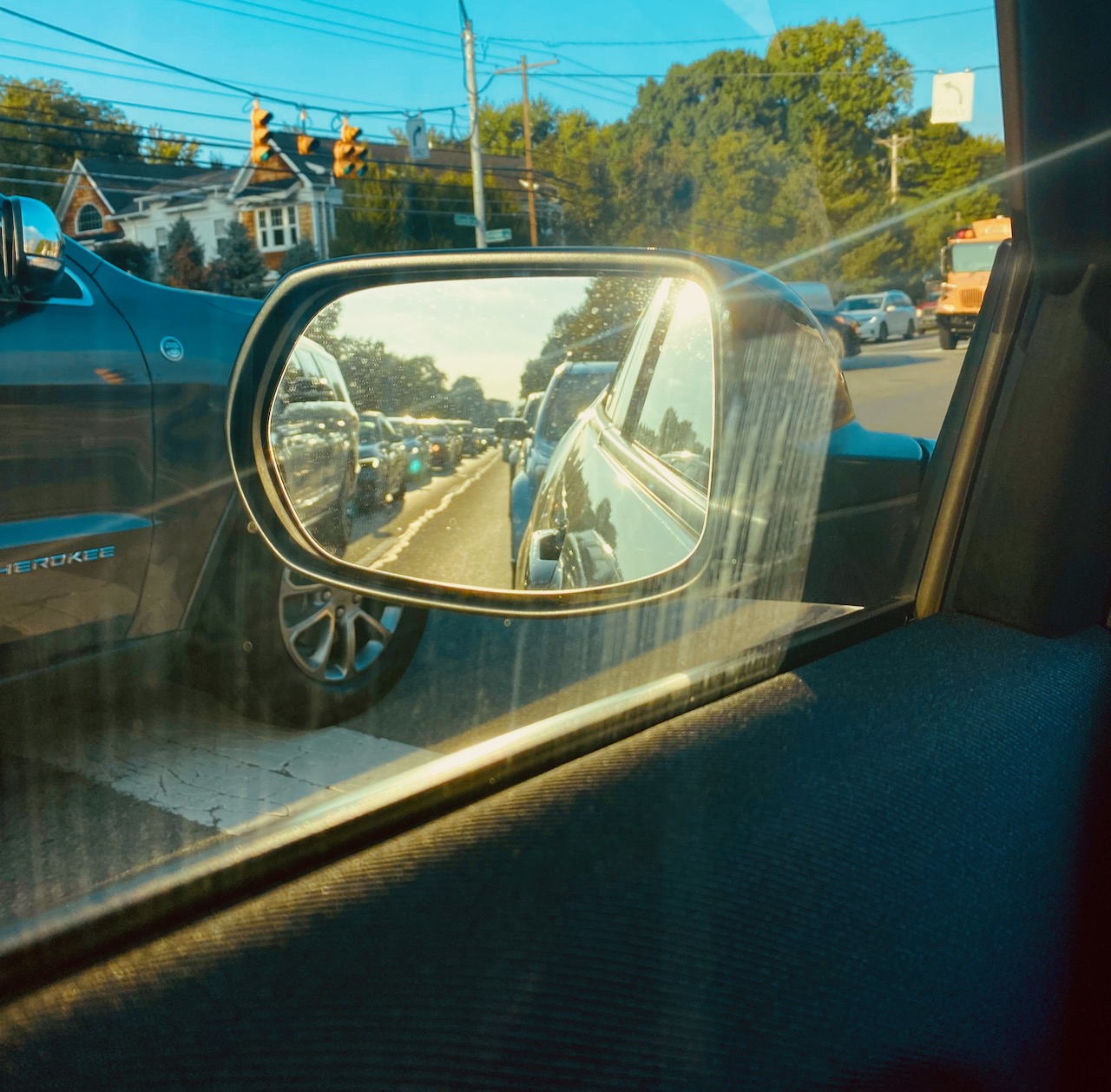 Traffic along 161 at the intersection to turn into the student lot at TWHS. The lines of traffic have sharply increased during morning arrival this school year.

Traffic along 161 at the intersection to turn into the student lot at TWHS. The lines of traffic have sharply increased during morning arrival this school year.

The 2020-2023 school year has been off to a hectic start when it comes to traffic on the TWHS campus. The new bus schedule and school start time have caused issues in the parking lot and numerous students are tardy on a daily basis. Parents, students and teachers are frustrated, but these concerns are being managed as the root cause is uncovered. when dropping off students and students are arriving late to class

Initially, the problem was caused by confusion about the drop off system. “When the year started we were really struggling with parents mixing with our buses, “ said Thomas Worthington H.S. Principal, Pete Scully. “We had buses full of kids waiting in line as parents dropped off individuals in the bus loop.”

TWHS staff quickly addressed that problem by blocking access to the bus loop, and sending parents to the designated drop off location. However, parents arrived expecting to be let in.“We created a little bit of our own traffic problem initially just by managing that loop,” Scully says.

After the initial confusion passed, parents were able to adjust their morning behavior diminishing traffic in the parking lot. However, another problem arose; buses were still arriving late despite the lack of congestion in the parking lot. The root of this problem was believed to be an excess of traffic on SR161, but upon further inspection, “161 looked almost empty and we still had buses getting there at 8:45”, says Scully.

According to Scully, it’s not uncommon for a bus route to look good on paper, but not work out when it comes time to carry it out. “They might even run [the route] with no kids and with an average amount of stop time. Everything seems okay, but then at the actual time of the route, the light cycles are different, the traffic is different, and the route is longer than they expected,” he said. Scully communicated this with the transportation director and the bus routes are being adjusted.

The new school start time has amplified the issue of bus delays because the order of routes has been changed. “We went from being the first bus route to the third,” Scully explains. “If there are delays or issues on the first couple routes, they show up in our routes even if our route is running smoothly”

Fortunately, the afternoon bus pick-up has not brought about as many traffic issues.  “We’re rolling out at 3:30,” Scully says. “[I feel] really good about that. We have 20 buses leaving all at the same time”. Although it is efficient, it may be stressful to get all the students on their respective buses on time.

This rush has certainly affected students. Sophomore Serenity Satarkhet says that the new bus release is “too much all at once.” She also notes how it has created conflict between staff and students, saying how “teachers yell and scream for us to get on the bus when the buses aren’t even ready to leave”. Many students who rely on the school for breakfast are frustrated because they don’t have enough time to get food and make it to class on time. Jillian Jenkins, a senior, says she is “expected to walk from outside to my class on the other side of the building, go to my locker, and get breakfast all in 5 minutes”.

Not only are students that ride the bus upset about the morning traffic, but students who drive are as well.

“We still have an issue with the light by the stadium,” says Scully. “People feel like they have to wait too long [to get into the school parking lot]”.

This has been communicated with the city of Worthington. “The city has been studying our morning traffic for the last couple weeks” but “get concerned about changing light cycles because of the impact it will have on traffic on 161, especially close to rush hour in the morning,” he says. Scully believes that this was also affecting parent behavior in the morning.

The number of tardies during the first class period has drastically increased, largely in part due to late buses. Nana Danquah says because of her late bus, the “teacher is already teaching” by the time she makes it to class.  Scully also believes that students who don’t ride a bus are taking advantage of the situation by showing up late. “That’s part of us getting things worked out in the beginning of the school year”.

A few accidents in the TWHS parking lot are normal, but so far Scully has noted a couple of accidents caused by the stress in the morning. There was “at least one on 161 and one in the parking lot that I’m aware of”. He says it was “less of an accident, more of an aggressive driving situation” in the parent drop-off area.

However, minor accidents typically go unnoticed by the TWHS staff.

“I have heard from a few of my friends that have been in minor accidents resulting in no visible damage so both people drive away and carry on with their day, but that is still an accident,” says senior, Zoe Limbach.

Although it was a bumpy start, students, parents, and bus drivers have adjusted quickly and things are running more smoothly. In principal Scully’s weekly newsletter, he says he is very appreciative of the cooperation in keeping the bus loop clear and that “it has been a tremendous help, improves safety, and has allowed our kids to get to class on time”.