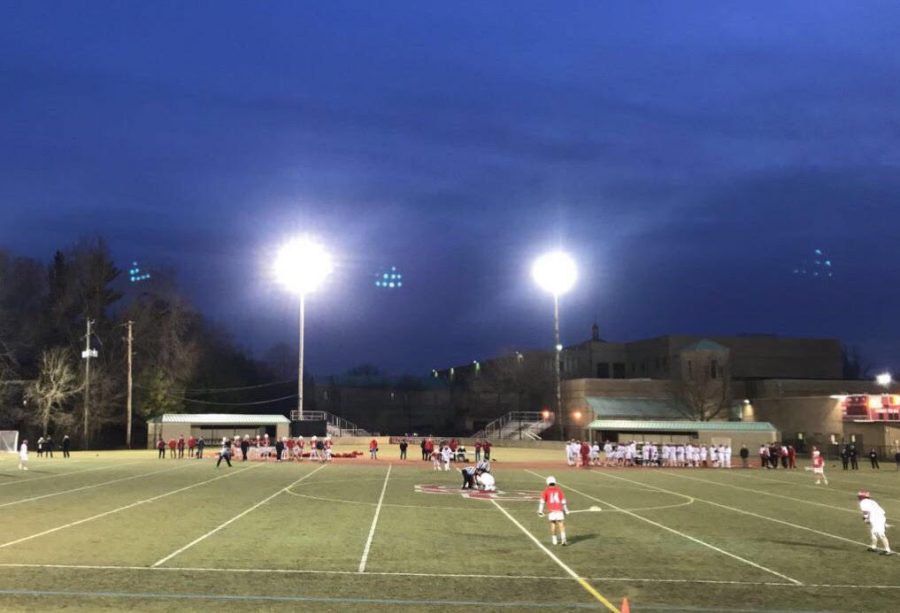 The Thomas Worthington Boys Lacrosse team faces off against St. Charles in their season opener.

Over the past two to three weeks, student athletes at Thomas Worthington High School have been getting ready for the upcoming spring season. With two-a-days, “hell week” and scrimmages coming to a close, athletes are anxious to jump right into the season and see what this year will hold.

The team lost many seniors due to graduation. “The class of 2017 was extremely talented and carried a big load,” said senior captain David LaLonde, “From our top players to even just a super energized bench, we will miss them.”

This season the cardinals have a much younger team and their goals are nothing short of a district title.

The Lady Cards Softball team has a new head coach this season. Casey Foster was the assistant coach last season to former head coach, Craig Anderson. Foster graduated from Thomas Worthington in 2006. According This Week News Coach Foster has spent some time coaching at the middle school and club levels.

The Thomas Worthington boys lacrosse team also welcomes John Haldeman as the new head coach this season. John is a TW alum, a Worthington resident, and has been the former assistant coach the past couple of the seasons.

“The coaching staff is taking this program more seriously than coaches in the past,” said returning letterman, Parker Jones. “John is setting a new foundation for the team and setting a higher standard for the future.”

According to OHSAA, the boys lacrosse team lost to St. Charles on the first round of the tournament 10-6, finishing the season.

“I’m extremely excited to see what will come of this season,” said Junior Reilly Ford. “Although we may be young we have a lot of new talent. Everyone on the field will play a key role this year and I’m looking forward to what we can accomplish.”

Last season, the boys volleyball team had a little bit of a rocky season. This year, they welcome new head coach Brian Lawless replacing Scotty Ebright. With lots of open gyms, which helped with conditioning and skills they are hoping for a better outcome this season.

“We have a new coach and we’re all super pumped to play,” junior Ben Shockley said. “We have a lot of kids playing club, which helps us out a lot.”

After having such a successful season last year, both the girls and boys track teams are looking to do it again. Arjun Jha, Andy Payne, Carina Napoleon, Lydia Miller, Tori Banks and Cassidy Shaver all competed on March 10th, in New York City at the Indoor National Championship. With all of the momentum leading into this season, they are excited for what this outdoor season will hold. Last year at the state championship, Gia Napoleon finished 1st in the 800 m run, the girls 3200 m relay finished a seasons best coming in 8th place, and the boys team finished 1st overall.   (FinshTiming)

“With those two leaving it shouldn’t affect us too much this year,” Said junior Xander King. “I’m excited to see how well our team does this year.”

The cardinal boys tennis teams will kick off their season March 21 against Desales at home.